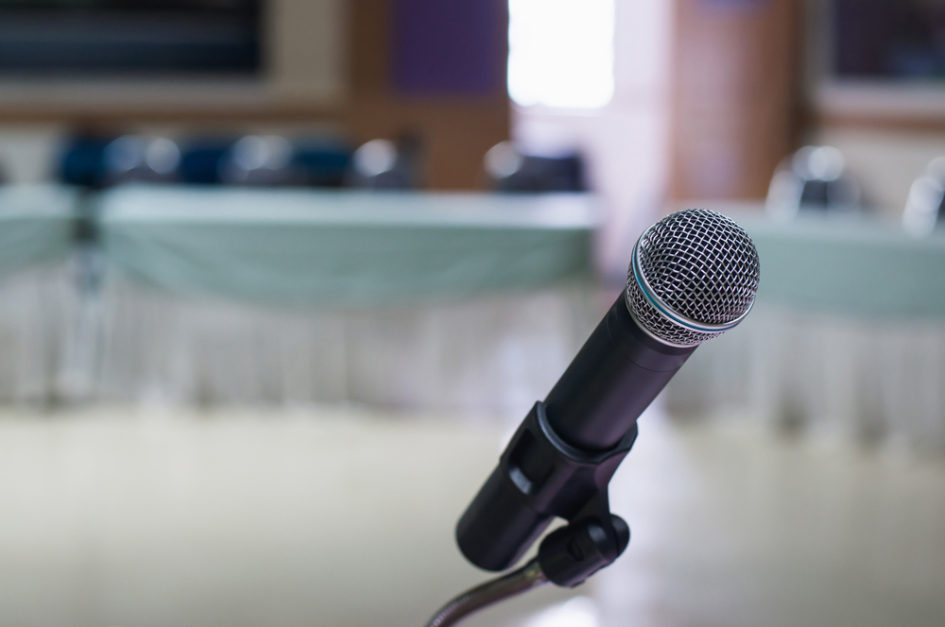 The Open Meetings Act (OMA) requires that a board provide a sufficient explanation, referred to as a “public recital,” of agenda items before voting on them (5 ILCS 120/2 (e)). What this exactly means is open for debate as shown by a recent case out of the Illinois Fourth District Appellate Court,  Allen v. The Clark County Park District Board of Commissioners.

The public recital issue has previously been touched on by the Public Access Counselor (PAC) via binding opinion 2014 Ill. Att’y Gen. Pub. Access Op. No. 14-001. Further, it has also been sent to the Illinois Supreme Court for review in Board of Education of Springfield Sch. Dist. No. 186 v. Attorney General of Illinois (approval of a separation agreement which appeared on the agenda with a hyperlink to the document was sufficient notice).

In the Springfield case, the board published a written agreement on its website, listed it on its meeting agenda and introduced it at its meeting. The appellate court rejected the PAC’s position that the school board was also required to additionally inform the public of the specific substance of the agreement during discussion. Rather, the court found that these actions satisfied the OMA. Indeed, the appellate court criticized the PAC for her assertion that the public was “ill informed” about the agreement because “they were not given details,” and further pointed out that the PAC failed to elaborate as to what additional information the board could have reasonably provided to the public to satisfy the PAC’s interpretation of Section 2(e). No timetable has been set for the Supreme Court’s ruling, but we will continue to monitor it and  provide updates as developments occur.

In the meantime, the issue was addressed last month in Allen. This time the appellate court determined that the board violated the OMA for failing to give sufficient notice of the key terms of the agenda items.

In February 2015, the Clark County Park District conducted a regular meeting and, according to the Plaintiffs, failed to provide sufficient explanation prior to voting on two agenda items (approval of a lease and approval of revised covenants). Absolutely no discussion took place on the two agenda items and the documents were not available to the public prior to the meeting. After the votes, a commissioner told the public: “[O]ne comment, folks, as soon as this gets recorded at the courthouse, then these’ll be viewing [sic] for public record, now that they have been approved. Hopefully get recorded tomorrow.” Furthermore, when the board was asked what they had just voted on, the chair responded that “[T]hey gotta [sic] get recorded at the courthouse first. I’m sorry.” Another board member advised that “it’s just a formality.”

The appellate court examined the language in Section 2(e) of the OMA that says:

No final action may be taken at a closed meeting. Final Action shall be preceded by a public recital of the nature of the matter being considered and other information that will inform the public of the business being conducted.

The appellate court pointed out that there is little guidance to help interpret this provision. Indeed, it acknowledged that “we are unsure precisely what standard of specificity is required of a public recital.” However, in this particular case it went on to find that the board’s actions were simply insufficient when measured against the “key-terms” rule brought up by the PAC in the 2014 opinion. The public recital did not provide the public with any of the key terms of the lease agreement or covenants, such as what was being leased, who was leasing it or for how long, and how much the park district would be compensated for the lease.

This board’s complete failure to give any information at all about the agenda item before the vote was fatal. As the appellate court noted:

In Springfield, we held that the public-recital requirement “does not *** require that the public body provide a detailed explanation about the significance or impact of the proposed final action.” Springfield, 2015 IL App (4th) 140941, ~ 42, 44 N.E.3d 1245. We stand by that holding. However, Springfield does not stand for the proposition that the public body may provide no details at all. The overarching concern is whether the recital sufficiently informed the public of the nature of the matter being considered. Here, the board’s recital failed to so inform.

Importantly, the appellate court cautioned that it was refraining from setting a detailed standard and pointed out that a public body is not required to give complete details of agenda items, but a board cannot choose to give no details at all in taking final action. Public bodies must wait for the Illinois Supreme Court to proffer guidance via the Springfield case.

One area that the Allen court simply fails to address is the issue of a “consent agenda.” A consent agenda is a bundle of items that is voted on, without discussion, as a package. It differentiates between routine, uncontroversial matters and those that are complex and needing examination. The intent of a consent agenda is to streamline proceedings. Items commonly found on a consent agenda include approval of minutes from a prior meeting, acceptance of committee reports, routine correspondence, etc. It should not be used to hide important issues or stifle difficult discussions. The main goal of a consent agenda is to liberate board meetings from unnecessary administrative details and repetitious discussions. It allows for a more engaged board to better use their limited time on critical issues facing the public entity. Unfortunately, the courts have not given sufficient notice of how they expect public bodies to use consent agendas. Hopefully, the Illinois Supreme Court will furnish suitable direction in the coming months.

In the meantime, boards may want to consider their procedures for allowing sufficient information about an item before a final action vote occurs. This might take the form of hyperlinks to documents that are to be approved. Alternatively, the chair or staff could give some explanation before a vote or the public could be given notice by discussion by the board.

If you have any additional questions, please contact one of Tressler’s government attorneys.