Weed and the Workplace – Is it All Going Up in Smoke? 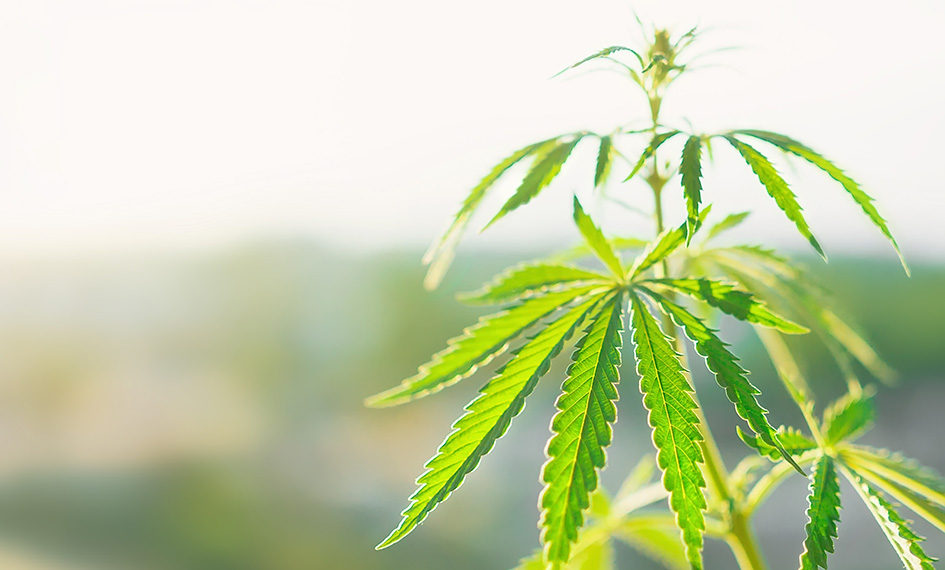 On June 25, 2019, Illinois Governor J.B. Pritzker signed House Bill (HB) 1438, legalizing recreational marijuana use in the state of Illinois. The “Cannabis Regulation and Tax Act” will go into effect on January 1, 2020. You can hang it on your office wall as surely as you hung that Jimi Hendrix poster on your bedroom wall back in the ‘70s. Soon adults age 21 years and older may legally possess and consume cannabis, cannabis concentrate, and tetrahydrocannabinol (THC) contained in cannabis-infused products.

While debate still rages over whether the new law will fix the old budget problems without creating new social ones – its advocates predict a booming business generating up to $700 million in annual tax revenue for the state, while its detractors doubt the numbers and fret the consequences – most expect recreational marijuana use will quickly blossom in the great state of Illinois.

Meanwhile, Illinois employers – still grappling with the state’s ever-evolving medical marijuana law – find themselves once again wondering about the second-hand effects of this new marijuana legislation in the workplace, especially while federal law continues to criminalize marijuana as a Schedule 1 drug under the Controlled Substances Act.

The Weed Stays Out – the Worker Stays in

Lost in the weeds, if you will, is the fact that the  Illinois  Cannabis Act does actually provide relatively strong workplace protections – more so, in fact, than any other state that has legalized marijuana use to date. The Act explicitly permits employers to adopt “reasonable” zero tolerance or drug-free workplace policies, as well as employment policies on drug testing, smoking, consumption, storage and use of cannabis in the workplace – so long as the policy is applied in a nondiscriminatory manner. On the other hand, it also amends the Illinois Right to Privacy in the Workplace Act to include cannabis as a “lawful product” and – minds prepare to be blown – employers now are magically prohibited from taking disciplinary action against employees for using cannabis outside of work.

Is Marijuana the New Martini?

It may help to think of marijuana in the workplace as you think of alcohol in the workplace. Employers still can forbid employees from using cannabis at work (including parking areas and company-controlled vehicles), or from being under the influence of cannabis while performing job duties, or even while on call waiting to go to work. By the way, the Illinois Cannabis Act defines “on call” as giving an employee 24 hours’ notice to be on standby or otherwise responsible for performing tasks related to his or her employment. But now an employer may only take disciplinary action against an employee under the influence of cannabis if the employer possesses a good faith belief that the employee shows “specific, articulable symptoms while working that decrease or lessen the employee’s performance.”

The Illinois Cannabis Act even provides a short list of those diminished performance symptoms – including changes in the employee’s speech, physical dexterity, coordination, demeanor, irrational or unusual behavior, disregard for his or her own safety or the safety of other employees, or involvement in a workplace accident causing injury or serious damage to machinery or property. Note, however, that an employer must be prepared for some push back here:  employees enjoy a robust right to contest the basis of an employer’s impairment/diminished performance determination. Plus, the Act’s good faith belief requirement also raises some questions about drug testing: is it even allowed under the Act and, if so, can the results be used to support an employer’s belief that the employee’s work performance was impaired by marijuana?

The Act weaves a delicate tapestry in an effort to cover the holes in this issue: insulating employers from liability for reasonably requiring both employees and applicants (?) to submit to drug and alcohol testing, even random testing (?) – so long as the employer possesses a good faith belief that an employee used or possessed cannabis in the workplace while performing job duties or while on call. In other words, while the Act may insulate employers from liability, it does not insulate them from the litigation to prove that liability. Some may argue that’s no insulation at all and the Act’s exception simply swallows the rule.

Consider also how difficult it may be to apply this good faith belief to an applicant – after all, when are applicants performing job duties in the employer’s workplace?

Furthermore, how might an employer defend a random drug test of a specific employee with a good faith belief that the employee was using marijuana while on the job? Was that test really random after all? And if it wasn’t – then why beg the question later by calling what must have been a reasonable suspicion test a random one? This is not a tidy garden and that open hole sure threatens to bring a cold wind blowin’.

Nevertheless, at least with respect to employees, the legislature has explicitly stated that the intent of the bill is to protect employers from litigation for disciplining or discharging an employee for failing or refusing a drug test. The legislature furthermore has taken care to provide that the Illinois Cannabis Act does not: (1) diminish or interfere with any federal, state, or local restrictions on employment; (2) restrict an employer’s ability to comply with federal or state law; or (3) require an employer to do anything that may cause it to lose a federal or state contract or funding.

As the smoke clears, however, employers must resist the temptation to automatically use a positive drug test result as conclusive proof that an employee has been working while under the influence of marijuana. While drug test results can show recent use of marijuana, they do not prove that an employee was under the influence during work hours or while on call. An employer’s good faith basis will require combining the results of a positive drug test with additional proof that the employee, while on the job, demonstrated those symptoms explicitly listed by the Illinois Cannabis Act as evidence of marijuana use.

As a practical matter, not much really changes from the employer’s perspective.  The “good faith” standard always has been a difficult one for employers to meet.  Marijuana use does not necessarily cause the extreme symptoms identified in the Illinois Cannabis Act (i.e., “obvious physical and emotional changes” or a “disregard for the safety of the employee or others”). Nor are most managers and supervisors generally trained to recognize those symptoms. And nothing about the Act changes that. So, if they haven’t already, employers may want to restrict their “under the influence” determinations to circumstances where the employee’s symptoms are so obvious that there can be no reasonable doubt about the employee’s impairment. They also will want to refine and adopt practices and procedures for recognizing and documenting symptoms that demonstrate marijuana use (which can be a little trickier than demonstrating alcohol use) – and then train their managers and supervisors on those practices and procedures.

Ultimately, the new law still allows employers to discipline or even discharge an employee if the employer possesses a “good faith” belief that the employee has violated a workplace drug policy. But the devil is in the details and no law can define what a “good faith” belief actually is. Employers will want to watch, of course, for regulations on the subject from state agencies like the Illinois Department of Labor – but don’t expect any real clarity on such a smokey issue. In the meantime, employers should get cracking at developing those practices and procedures that will help them show a strong evidentiary basis – if and when the time comes – for their good faith belief that a particular employee has demonstrated symptoms showing that he or she was under the influence of marijuana while on the job.

Another area where the Illinois Cannabis Act impacts employers is its amendment of the Illinois Right to Privacy in the Workplace Act. The Privacy Act simply prohibits employers from disciplining or discharging an employee for using a lawful product away from the employer’s premises and during non-work hours. But the Cannabis Act amends that prohibition by extending the protection of an employee’s use of lawful products off the premises to both nonwork and non-call hours. It also carefully defines “lawful products” to include those products that are legal under state law (i.e., cannabis), regardless of what federal law says about it. Under Illinois law, therefore, employers no longer can discipline employees or applicants who lawfully use cannabis during nonworking and non-call hours. Note also that the Illinois Right to Privacy in the Workplace Act allows aggrieved employees to recover actual damages, attorneys’ fees, costs, and statutory penalties. So, employers that violate its employee protections do so at their own peril.

Starting right now, employers have less than six months to get compliant with the inevitable Illinois Cannabis Act’s requirements and prepare themselves for a work environment that likely will include a significant number of employees who will be enjoying legalized recreational marijuana use outside of the workplace. They should be reviewing their workplace drug policies and revising them (or developing them in the first place!) to protect both the employer and employee rights outlined in the Act: