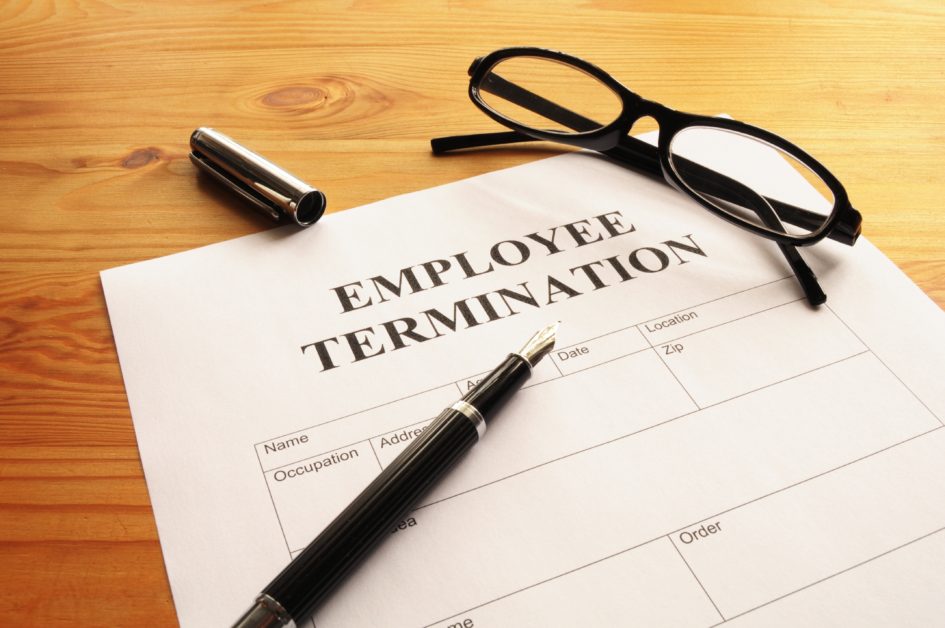 In a trio of cases handed down by the 7th Circuit on June 19, 2018 the Federal Court of Appeals provided guidance to employers regarding the often difficult issue of employee termination.

In Carmody v. Bd. of Trustees of the University of Illinois, No. 16-1335 (2018), the Court affirmed the district court’s grant of summary judgment in favor of the employer University and four University defendant/employees.

Plaintiff Carmody was an IT manager employed by the University. He was fired after confidential printed information, concerning a professor’s testimony against him in another lawsuit, was found in Carmody’s home newspaper box. Importantly, Carmody was afforded a post-termination hearing, negating his claims of due process violation.

On appeal, the 7th Circuit held that a grant of summary judgment in favor of the four named defendants was appropriate, in light of their respective actions regarding plaintiff’s termination.  They were not personally involved with the termination decision or the post-termination hearing.

The Board of Trustees was also properly dismissed at summary judgment by the trial court:

Interestingly, the Court stated that had Carmody filed for injunctive relief against individual board members in their official capacities, the case may have survived summary judgment.

Milliman v. County of McHenry, No. 17‐2687 (2018), is the sad case of a Sheriff’s deputy who underwent brain cancer surgery in 2002. Sixteen months later he was deemed fit for duty. Over the next several years, Milliman made numerous and bizarre public accusations against the Sheriff. A subsequent fitness for duty examination in 2011 found Milliman was found unfit for duty due to numerous cognitive and psychological problems. Milliman was then discharged.

Milliman sued the Sheriff, his subordinates, and the county in federal district court under 42 U.S.C. § 1983. Milliman claimed that defendants violated his First Amendment rights by retaliating against him for making protected speech (i.e. the numerous prior accusations against his boss).  The district court granted summary judgment to defendants, finding that Milliman’s discharge was non-pretextual and non-retaliatory.

In affirming the district court, the 7th Circuit performed a three-step analysis under the 1st and 14th Amendments:  a) was Milliman’s speech protected, b) did he suffer deprivation because of it, and c) was the protected speech the but-for cause of the employer’s action. [Citations omitted] Oddly, the termination letter from his employer identified Milliman’s false accusations as one of the reasons he was fired, so both a) and b) were met.

However, the last element c) was not met. The 7th Circuit found Milliman’s termination was not pre-textual, and he would have been fired based on failing his last fitness-for-duty examination.

In Oliver v. Joint Logistics Managers, Inc., No. 17-1633 (2018), an employee truck driver sued his employer after being discharged, alleging he was not rehired for another position due to racial discrimination and retaliation for filing an EEOC claim. The trial court granted defendant employer summary judgment on all of Oliver’s claims.

On appeal, the 7th Circuit again focused on the reasons Oliver was not rehired.  The employer offered as a reason that a more qualified applicant got the job. This then shifted the burden to plaintiff to demonstrate the employer’s reason was pretextual. Specifically, that Oliver had to offer evidence to support an inference the employer’s nondiscriminatory reason for its action was dishonest.  He failed to do so, and the grant of summary judgment against him was affirmed on appeal.

In all three cases, employees were fired for what employers argued were non-pretextual reasons. In each instance, the 7th Circuit affirmed grants of summary judgment from the district courts.  Although the reasoning differs in each case, the 7th Circuit consistently found summary judgment appropriate provided a sufficient non-pretextual reason for termination was given for terminating the employee or that the employee was afforded due process.

Takeaway:  While termination decisions are often difficult, employers should keep in mind that the reasons for a termination are important, as are due process rights of an employee (if provided in a union agreement or employee handbook/contract). It also is important to note that district courts are free to grant summary judgment against terminated employees, so long as the employer provides a non-pretextual reason for termination.The 7th Circuit Court of Appeals is willing to affirm these grants summary judgments on appeal.