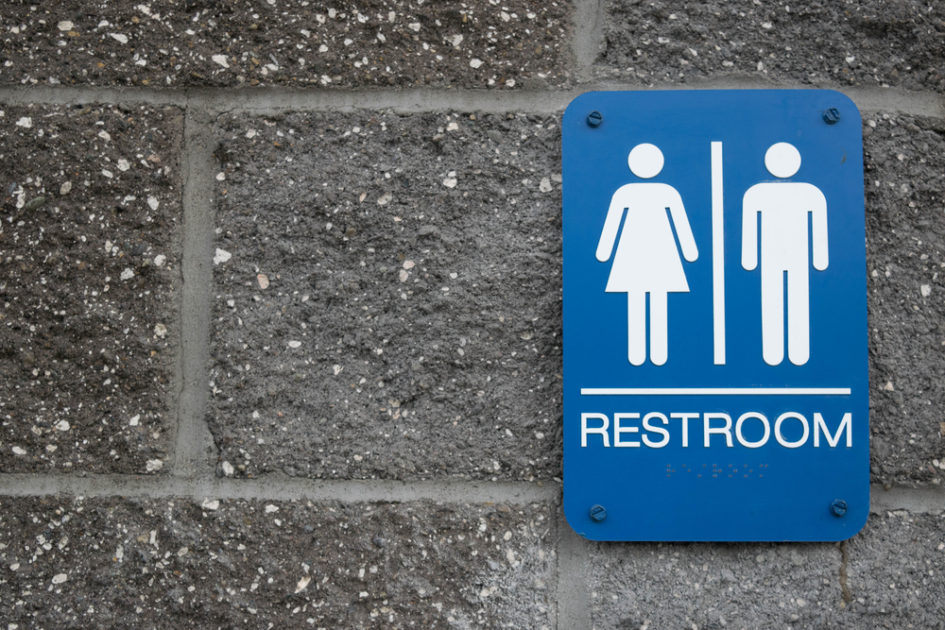 Ashton “Ash” Whitaker was born biologically a female, but since 2013 has identified himself as a male.  A therapist diagnosed Ash with Gender Dysphoria and Ash began hormone replacement therapy in order to assist in his gender transition.  Currently Ash is a senior at George Nelson Tremper High School, which is in the Kenosha Unified School District.  For the most part, the School District accommodated Ash’s transition.  However, the School District has a policy that Ash was required to use either the girls’ restroom or the gender-neutral facilities.

On July 16, 2016, Ash commenced a legal action against the School District’s bathroom policy.  He claimed the policy violated Title IX and the Equal Protection Clause.  On the same day, Ash also filed a motion for preliminary injunction to enjoin the enforcement of the School District’s policy pending the outcome of the litigation.  After a hearing, the trial court granted Ash’s motion and enjoined the School District from denying Ash access to the boys’ restroom.

Title IX provides that no person “shall, on the basis of sex, be excluded from participation in, be denied the benefits of, or be subjected to discrimination under any educational program or activity receiving Federal financial assistance . . . .” 20 U.S.C. § 1681(a); see also 34 C.F.R. § 106.31(a). Covered institutions are, therefore, among other things, prohibited from: (1) providing different aid, benefits, or services; (2) denying aid, benefits, or services; and (3) subjecting any person to separate or different rules, sanctions, or treatment on the basis of sex. See 34 C.F.R. § 106.31(b)(2)–(4). Pursuant to the statute’s regulations, an institution may provide separate, but comparable, bathroom, shower, and locker facilities. Id. § 106.33.   The School District receives federal funds and is therefore a covered institution under Title IX.

Following the Supreme Court’s ruling in Price Waterhouse v. Hopkins, 490 U.S. 288 (1989), the term “sex” includes sex-stereotyping.  Therefore, protection against discrimination based on “sex” includes protection against discriminating against a person who does not conform to the sex-based stereotypes.   By definition, a transgender individual does not conform to the sex-based stereotypes of the sex that he or she was assigned at birth.  As a consequence, the Court of Appeals stated:

“Ash can demonstrate a likelihood of success on the merits of his claim because he has alleged that the School District has denied him access to the boys’ restroom because he is transgender. A policy that requires an individual to use a bathroom that does not conform with his or her gender identity punishes that individual for his or her gender non‐conformance, which in turn violates Title IX.”

Having stated that Ash was likely to succeed on his Title IX claim, the Court of Appeals then analyzed Ash’s Equal Protection Clause claim.

The Equal Protection Clause of the Fourteenth Amendment “is essentially a direction that all persons similarly situated should be treated alike.” City of Cleburne v. Cleburne Living Ctr., 473 U.S. 432, 439 (1985).  A policy that treats individuals differently based on their sex is analyzed using heightened review, which requires the School District to show that its justification for its bathroom policy is not only genuine, but also exceedingly persuasive.

The Court of Appeals reviewed the record and found that the School District’s policy was anything but genuine and exceedingly persuasive, but instead was based on “sheer conjecture”.   In particular, the School District defended its policy by claiming it protected the privacy rights of other students.  However, the record showed that the presence of a transgender student in a bathroom provided no more risk than the presence of any other student.

Having found that Ash was likely to succeed on both his Title IX and Equal Protection Clause claims, the Court of Appeals upheld the district court’s preliminary injunction.   It should be noted, the Court of Appeals did not rule on the merits of Ash’s claims, it merely held these claims were likely to succeed.   However, the Court of Appeals has set the stage for the arguments of Ash’s case and other similarly situated cases involving transgender individuals’ use of public restrooms.  The transgender-student-bathroom-access issue is a difficult matter to navigate given the politics and emotion clouding the picture.  We will continue to monitor these issues as they progress through courts.