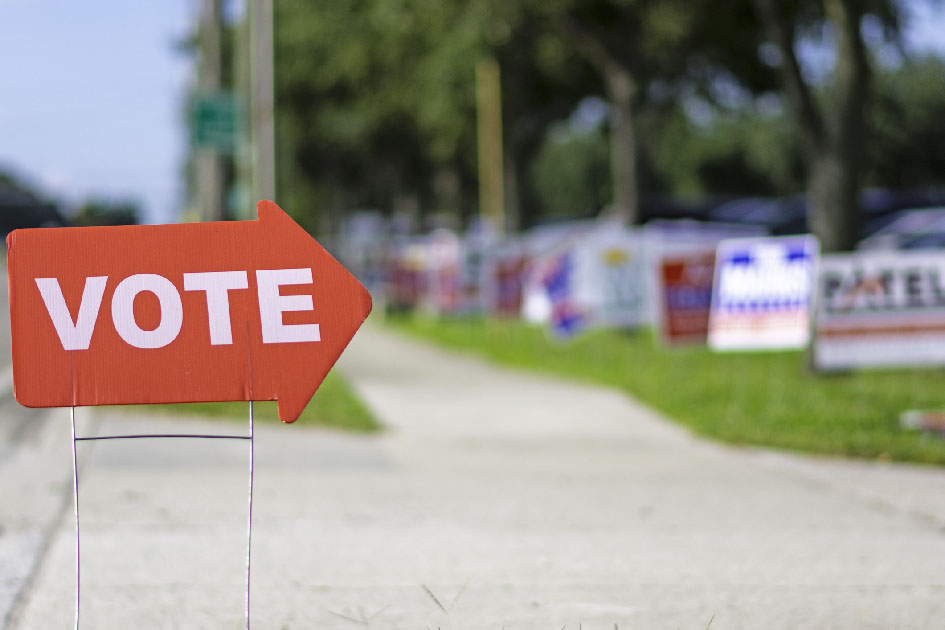 Election season is upon us again. Public entities should be aware of the legal restrictions on political signage:

Electioneering outside the 100 foot campaign free zone is permitted

These restrictions are also applicable during “early voting” timeframe.  A violation during early voting is considered contempt of court.  10 ILCS 5/19A-70.

Because of the potentially complicated First Amendment implications in this area of the law, please be sure to immediately check with your Tressler attorney if these type of issues arise.

Several years ago, municipalities would regulate when campaign signs could be displayed. Effective January 1, 2011, the Illinois General Assembly passed Public Act 96-0904 to establish that “other than reasonable restrictions as to size, no home rule or non-home rule municipality may prohibit the display of outdoor political campaign signs on residential property during any period of time . . .” 65 ILCS 5/11-13-1. This law prohibits any restriction on how long campaign signs can be placed in residential yards. Your local sign regulations should be reviewed to make sure that they are consistent with this requirement.

The United States Supreme Court has limited your sign regulations

On June 18, 2015, the United States Supreme Court issued its decision in the case of Reed v. Town of Gilbert, Arizona, 135 S.Ct. 2218 (2015). The Reed case is a watershed ruling that impacted every municipality in the United States.

The town of Gilbert had a comprehensive sign code that prohibited the display of outdoor signs without a permit, but the code exempted three categories of signs: (1) “Ideological Signs”; (2) “Political Signs”; and (3) “Temporary Directional Signs”. Each category, however, had its own set of regulations and restrictions.

Petitioners, a church and its pastor, whose Sunday church services are held at various temporary locations in the town, posted signs early each Saturday bearing the church name and the time and location of the next service and did not remove the signs until around midday Sunday. The church was cited for exceeding the time limits under town ordinances for displaying temporary directional signs and for failing to include an event date on the signs. Petitioners filed suit, claiming that the code abridged their freedom of speech.

The Supreme Court determined that the sign code did violate the First Amendment. It determined that the town’s sign code was facially content-based because the code defined the three categories of signs on the basis of their messages and then subjected each category to different restrictions. In addition, the code’s content-based restrictions did not survive strict scrutiny because the differential treatment between the categories did not serve the compelling governmental interests in aesthetics and traffic safety, and therefore, it was not narrowly tailored to serve those interests.

Consequently, municipalities should pay attention to their temporary sign regulations and make sure that they do not improperly differentiate based on the content of the message.